Makes sense. Brand New Lease was meant to be a way to have multiple vehicles or get the lvl 3 if you don't already have it but better versions of the base vehicles would be a good idea. Was also thinking of what would essentially be a Voltron option but hadn't fully fleshed out the mechanics. Probably wind up being a variant of Sunderblade.

You might want to remove the specific creature numbers as Companions would end up making the Boon unfeasible for larger parties. 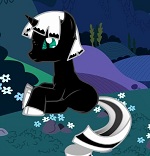 What is the status of the Boon Revamp? It's been validly noted that except for most of the boons that were upgraded replaced, a lot of the old boons still have a place since they are more roleplay focused as opposed to numbers focused.

The status is: Another thing we haven't had a chance to return to yet.

Anyone, or a small team, want to take the lead on this and submit a draft of their proposed revamp for approval?
_________________
Looking for an artist right now, one that would be excited to work with me and Kindulas in creating a superhero comic. If you're interested, know anyone that might be interested, or just want to give the script for our first issue a read - enjoy the link below.

Brainstorm's Atop The Fourth Wall option bugs me though I left it in.  I am otherwise fine with Brainstorm but I personally dislike that style of 4th wall breaking power.  Don't know what to do with Secret Lair since you can sorta build it by taking other boons a la carte.  Orbital Friendship Cannon has been noted as being overpowered so I didn't directly bring it back.  A-Team/Neigh Team feels like it may have balance issues since allies with 30 in skills with no penalties seems a little crazy.  Plus, the system now has other ally options.

Did you account for the revised scale of boon power level being...

Admittedly, not exactly. Though I didn't know the breakdown for boons, just destinies. A number of these will be difficult since their worth is lateral and don't have a true utility counterpart like A Barony/Ascended Nobility. Still, I'll look at it more tomorrow. It might help to know the way utility talents are usually weighted since some of these will probably need to be broken down into components.

This looks pretty good. While reading this I was reminded how fun and flavorful some of the original boons were, and came to the conclusion that having both rigorously defined ones (like the second batch) and more nebulous, flavorful ones together was the way to go about it. Some groups will prefer to take something well-defined like Team Awesome, other groups might prefer to take something flavorful like A Place Of Your Own, and with both to choose from, the more likely people will find something everyone can agree on. I also like several of the changes you've made to some of the boons.

I'm also reminded of just how much I want to take Keys to the Universe and I Dream Of The Sky. Seriously, those two are pretty cool.

_________________
Links to all the official sourcebooks in one place.
Optional Talent Specialization for your characters.

Changelog v1.1:
A Place of Your Own removed
Secret Shelter added.  Flavor text given some partial inspiration from the DnD spell Mage's Magnificent Mansion. Duration increased to 10 hours to give some breathing room for extended rests and clarified what happens when that time runs out.
Unreliable Narrator reverted back to Beta Revamp numbers

Per request and discussion elsewhere, added Secret Shelter.  Buffed it slightly since it was originally a portion of another destiny as opposed to being a standalone.  For the moment, A Place of Your Own has been removed.  Contemplating demand to bring it back or have it as a footnote to something elsewhere.

Unreliable Narrator reverted back to Beta document numbers.  Not sure how the math was calculated for it so I'm treating most of the stuff in the revamp as already fitting the balancing metric. Admittedly, it's probably going to stay unpopular anyways as long as the result is random at all.

A Friend in High Places, Secret Ally, and Ascended Nobility seem to be the least able to mathmatecally calculate since they are purely story buffs.  However, they were brought over at the same levels they were at in the original Boon document.  A Magnificent Mansion may need buffing since while it's primarily story based and it now specifically mentions similarities to the utility talent Sweet and Elite, it may be considered weaker than other Level 6 options.  Intelligence Network is essentially 3 Companions with a modified version of Specialist as their base trait, one with Telepathy, and one with a variant of Arcane Eye so as is that essentially equals the 5 utility requirement.  Personal Fanclub is essentially an indeterminate number of Companions without extra stats/utilities but granting a single situational +5 Persuasion or Streetwise bonus.  A Fantastic Fandom lacks the flat +5 bonus but the number of fans is massively increased.

Moving Rewrite Memories from Level 3 to 6 in the previous changelog was due to usabilty concerns.  Level 6 is the same level as Miracle and several other per campaign boons.  This makes the act of using Rewrite Memories have more weight since there's fewer times you can use Think Small/Think Different to get access to it or revoke it with Miracle.  However, moving it up does raise the question of mechanical worth.  It's sorta Element of Friendship + Memory to Mist x infinity.  However, the current writing actually doesn't state you get access to the target's memories which is its own quirk.  Oversight or deliberate?  As a Level 6, it would seem like knowing their memories would be a decent thing to clarify as opposed to their mind just being a blank slate.