Apprentice
Your training as a ranger has begun! Now you can move with almost no sound, blend in with the environment around you and notice what other miss. but most of all, you have been given the ranger's signature tool. The bow! You gain a permanent bonus of +3 to both Stealth and Perception, and as long as you have the ranger's bow item on you, you can perform the following talents:

Rope Shot
Preparation time: 1 minute
By trying a rope to your arrows, you can get your ropes to places that they otherwise could not reach! You must have sight of the target, and the rope is 50ft in length.

Snap Shot - Daily
You can perform one shot instantaneously

Ranger
Your training is now complete. Now, you make no sound as you move and become one with the shadows. In addition, your eye for detail has almost become super-natural. Granting you a +2 bonus in both Stealth & Perception. Finally, your skills with the bow has become even greater. Giving you even more tricks, and upping the usage of Snapshot to 2/day

Cripple Shot
Preparation time: 10 seconds
Your aim with the blow is a dangerous thing. You can cleanly hit creature's limbs within 100ft of you and you have sight off. Hitting the limb can either make them drop an item they are holding, slow down their speed or if its a wing. Make them plummet down from the sky.

Douse Shot
Preparation time: 30 seconds
You can imbue you arrows with the darkness of the night. Allowing you extinguish a light-source within 50ft of you - save the sun - for an hour.

Flare Shot
Preparation time: 5 minutes.
Even the greatest of ponies need aid from time to time, and this allows you do just that. Firing off a beam of bright light into the air that is either orange in for the day time, or red at night. It is see-able for over 50 miles and lasts for an hour. While in 20ft of the beam, all natural-based stealth rolls are negated, at 35ft away from the beam, there is a -15 penatly to natural-based stealth roll. The penalty goes down by -1 every 5 ft. The penalty ending at 100ft

Night-Sight
You can see in the dark

Master
You have become what few ranger every do. You have become a master of ranger's, whose skills are on par with legends. Your stealth and perception bonus becomes +10, snapshot can be used 5/day, the preparation time for all previous abilities are halved and you gain the additional abilities:

Mark the Target
Preparation time: 2 minutes
The Master's aiming ability in simply supernatural, meaning they no longer need to be able to see their target. They can simply feel where they need to hit. This ability must be used in conjunction with a 'shot' ability.

Call of the Night
The creatures of the night now bow down to you. Not only can you communicate freely with them, but you can call them to you and they will assist you as far as they can without endangering themselves.

Gah... I want the ranger's and master's to be able to call upon the aid of other ranger's (or in the ranger's case take on an apprentice) as well as build up the Call of the Night, but I'm afraid that might be a bit much... Actually even now I'm feeling like the destiny has a bit too much...

The only true problem with this Destiny is the current version of Snap Shot. Destiny's aren't supposed to have direct combat applications. 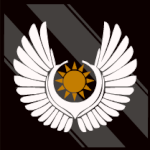 Azureink wrote:The only true problem with this Destiny is the current version of Snap Shot. Destiny's aren't supposed to have direct combat applications.

Well in the Catalog there is the 'Faithful Companion' which at level 7 allows your pet to join you in battle, level 10 just makes is strong. Admittedly it only has 1 talent at level 7, but that talent can probably be used more time than snapshot, which can only be used once.

Its a sticky on the Destiny page.

Oh, that catalog. I thought you were going to link me to the Destiny expansion. Most of those Destinies, including the 'Faithful Companion' aren't published officially yet. I am just saying that Stairc stated to us that the Destinies shouldn't really have a direct combat application in order to make sure that any particular Destiny doesn't become a "must have" due to the effect it has on combat.

I know it isn't official, but its not all destinies are allowed into that Catalog...

And the combat benefit is hardly that good anyway. Knife in the Dark does more damage then when you originally get it! Admittedly it does do quite a lot of damage at the level 10... but that's level 10...

Well then it is fine.

Can Luna's Rangers make traps or walls of thorns? Maybe they can even create a barrier of spiked ropes similar to how the Woads ambushed Arthur and his knights in the King Arthur (2004) film.

Save for the last one... not really. They aren't rouges or such. They are stealthy archers. Not trap makers or people with a high-affinity to nature.

So closer to the rangers from the ranger's apprentice?

tygerburningbright wrote:So closer to the rangers from the ranger's apprentice?

That's EXACTLY what I based them on!

As the creator of the Faithful Companion destiny, I've come to think that it doesn't really work well as a destiny, per se. It's still an interesting idea and I may find a way to implement it somehow in the future, but I now think that destinies should remain combat-free. Just my 2¢.

Still, its not like a full combat destiny. Its a small amount of damage at the start of a battle.

prehaps a way of transportation

Fury of the Tempest wrote:

tygerburningbright wrote:So closer to the rangers from the ranger's apprentice?

That's EXACTLY what I based them on!

looking back at the basis mounts were given a large importance

The game is about Ponies... it doesn't really work.

then why do we have spectral steeds?

I don't know but I don't like it and I'm not doing something similar for the rangers.

Look, they already have a lot of abilities. They can't get any more.

I am sorry if I was not clear the suggestion was to replace the combat skill.

Honestly, the combat skill is still pretty fine... Through I could edit it a bit so its the weapon itself that does the damage, but anyone can use the weapon to do damage... just the Luna Ranger's do more.

I would submit the following for your approval:

Azureink wrote:I would submit the following for your approval:

1. I don't exactly like how you decided to rewrite this without asking if you can do so.

2. Flare-shot is no longer a flare now, or at least. No longer an emergency flare which it is meant to be.

3. The level 10 abilities are WAY too underpowered.

4. The Perception was designed to be under your stealth on purpose. Because the stealth is more important than noticing things.

1. I'm sorry if I offended you, but that is why I submitted it for your approval.

Chad Weeks, one of the lead designers, met us on the Skype chat Nov. 19th and gave us a basis for how they make Destinies (time is in PST):

Using this and Chad's live guidance, I re-touched on my revision of the Ascendant Destiny (which was also someone else's that I also didn't ask for permission to rewrite). However, the person who did create the original Ascendant Destiny was ok with working with me on it.

The point of this place is to throw ideas out until something is created that can be published. You are not required to use anything I have written. Again I am sorry if you have taken offense. But I thought that with natural bonuses you gave to the player for Stealth and Perception, would count towards a "utility talent worth of power" and as such should limit a little the power of the Shots. I also compared the idea behind each shot to the closest utility talent, like Celestia's Light from the Talent Show book. If we want a bunch of types of Shot talents, we need to make each Shot a little less powerful than a utility talent to cram them all in.

2. With some small alteration we can make the Flare Shot viewable over a wider area. I don't know how far an actual signal flare in reality goes, but if we don't make them "X/Day" uses then they need to be downgraded a little. As above I compared Flare Shot with Celestia's Light and used the first part of that utility talent to create Flare Shot's light diameter. Now remember, even though it has a decent light diameter, at night or day, you can see a light source as strong as a flare from quite some distance. I didn't mention distance viewable specifically because lighting and weather conditions can make the light see able at different distances.

3. Increasing the bonus to Stealth and Perception to +10 each, halving time on Shots, being able to teleport without error, and making a creature or location's exact position knowledgeable to you regardless of your ability to visually see it for an hour, and homing shot every Shot ability to that creature or location? That seems on par with a lot of Destinies. But if you want, we can remove the Magic Point restriction on Shadow Shot... And, I don't know, add a Spider Climb ability that allows you to climb with a +10 bonus. Would that be enough?

4. My idea behind the Stealth/Perception bonus was it would give you a bonus comparable to skill training at level 4, upgrade to Freaky Knowledge level at level 7, and double power at level 10. The reason behind having them both be equal, was Ranger training should equally teach Stealth with Perception. Why would you gimp yourself on two skills vital to being a real life Ranger?

Again, I am sorry to rewrite without your consent.

I have made a few alterations. I submit them for your approval in the same document as above.