Chaos is a Ladder (Pony Tales, Play by Post, Recruiting)

Chaos is a Ladder (Pony Tales, Play by Post, Recruiting)

During what history would later label as the Hearts Warming Exodus, the pony tribes didn't just trust their future to a single expedition. Numerous groups of adventurers and would be explorers gathered together and struck out into the world, seeking new homelands to call their own for themselves and their people. Some of them returned battered, bruised and clearly worse for wear while others failed to return at all, but some of these desperate expeditions were successful; While the discovery and foundation of Equestria would be the highlight of this period of pony history, several other lands were uncovered and deemed suitable for colonies where those who were more adventurous or unwilling to let go of the old status quo tended to flock towards. Like with all things, some of these colonies failed while others were successful and in some cases, even became nations independent of Equestria itself.

One such nation were the Emerald Isles.

Discovered and named by Emerald Clover, an earth pony born into the higher class of the Earth Pony Republic during the Exodus as a possible land for the Republic to settle away from endless winter, the Isles were deemed a suitable place to set up a colony. For a time it was one of the more successful colonies that Equestria had ever produced, but the reign of Discord forced changes far beyond his antics in Equestria herself; During the chaos of the Lord of Chaos reign of ponykind, colonies such as the Emerald Isles were cut off from Equestrian support and forced to live or die on their own. For several years the original government of the Emerald Isles ruled, but due to the population largely being earth ponies and unicorns with maybe a hoofful of pegusi to even try fight the generally wild weather without support and supplies from Equestria a drought quickly settled in... followed shortly afterwards by famine and plague.

As the colony crumbled from within from thirst, hunger and illness and the local powers that be clearly unable to handle the situation, the Obsidian family, originally a minor unicorn noble family in the political realm of Unicornia, seized power for themselves in a relatively peaceful coup and replaced the formally republican based system with a more authoritarian feudal system. To the Obsidian family's credit, despite having to resort to measures that were strict, harsh and in some cases could be considered cruel or evil (the enslaving of the local tribes of diamond dogs and the practice of dark magics that would have been deemed highly illegal in Equestria even back then, being two of the more well known questionable acts the noble family committed at the time) they were able to stabilize the situation and not only prevented the complete collapse of pony civilization in the Emerald Isles, but even formed it into a kingdom that the Obsidian family would successfully rule for many moons.

Their reign would not be peaceful or harmonious however. Diamond Dog uprisings happened a few times a generation and the dark rites and powers that the upper class of the kingdom actively practiced served to not only develop a dark and self serving mindset among the nobility that would point the political games of Unicornia to shame, but also proved itself another fracture between the largely unicorn elite and the earth pony and pegusi population. There was also a divide between those unicorn nobles who practiced the darker magics and those who didn't, which merely proved to be another source of internal strife and infighting. The measures required to maintain the stability of the realm quickly grew more brutal, cruel and depraved with every new generation of the Obsidian family...

At least, until six years ago.

On a fateful night six years ago, the current Lord Obsidian and all three of his sons were murdered by ponies or creatures unknown. With the direct line of succession destroyed, several claimants to the throne of the Emerald Isles rose up in a bid to claim power for themselves and started a civil war that tore the realm asunder.

After six years of fighting, the realm remains divided. Of the original five claimants to the throne only two remain, but the war has given other factions a chance to rise up in the ashes. The Diamond Dog tribes, long enslaved by the Obsidian family and prone revolting under normal circumstances saw an opportunity that a divided Emerald Isle provided them and seized it with both paws, their upraising quickly gaining ground and claiming not only the mines that they were forced to work but some of their ancestral lands back. A fair number of the earth pony peasantry has also risen up in a number of places, sick and tired of serving the unicorn nobility and wishing to control their own fates, such as the days prior to the Obsidian dynasty.

But the Emerald Isles is of interest to more then just those local to it. For centuries after the fall of Discord, Princess Celestia has sat on the throne of Equestria. While running the realm and safeguarding her little ponies have always been at the forefront of her mind, she has long kept a watchful eye on the Emerald Isles and it's Obsidian rulers. Politics and law might have tied her hooves in the past when it came to dealing with the Obsidian tyrants of yesteryear, but the current chaos has given her a long awaited opportunity.

Requests for the services of adventurers willing to serve the Equestrian crown have been sent out with the promise of prestige and rewards, as well as a date to arrive at the port of Manehatten by for those interested in learning more about it.

Set a few centuries or so before the start of the show, Equestria is still in a somewhat late medieval period. However, this adventure will not be happening in Equestria herself. Characters will be starting at level 1, through they will not be limited to ponies; This is an open invitation of sorts and anyone of any race willing to answer the call will taken under consideration.

I will be honest here... the direction of the story is going to be dependent on player choices. I will explain more about the actual mission they are being gathered together to perform once we get underway, but they will have little to no oversight in how they get that mission done... if they decide once they arrive at the Emerald Isles to carry on with the mission they were hired to do. After all, chaos is a ladder and those of a more... opportunist mindset might consider making opportunities for themselves. 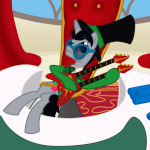 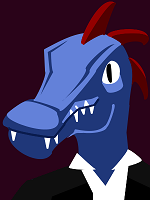 The way I picture it, this will be happening maybe... two or three centuries before the start of the show, so as I said Equestria would be in a late medieval period. Celestia has been in charge by herself for about 700-800 years and Luna has long been removed from history beyond being a story that is told to children to get them to behave. The reign of Discord and the War against King Sombra do remain as historic events, but despite Princess Celestia's efforts to keep certain facts correct they've largely been altered by myth and legend in many places... through to be fair with the reign of Discord, not even Celestia (who was there) knows for sure what's fact and what's fiction several hundred years on. Twas a weird and chaotic time after all...

The kingdom of Griffonstone is alive and well! They still have their idol that has united them and given them a national identity. They have rather peacefully relations with Equestria, but I'm happy to work with players interested in playing a griffin to work out how the culture of the height of the Griffin's kingdom would affect their world view.

The Emerald Isles are not that well know outside of the Isles themselves, but known details will be given to the party at the start when the party has been gathered and they're given a briefing... but what tales about the place that the general public hear about paint it as a tyrannical regime that employs disturbing dark magics to maintain stability. The fact that they are also currently locked in a civil war has likely gotten around, but only those in a position to care about foreign matters really bother to try and look into further details.

Giving a quick update on how my character is shaping up...

Liking what I'm seeing so far.